May I just take a moment and give a brief shout-out to Blogger? Blogger rules. I am not always the best corresponder (Jessica J. - if you're out there...I still have an email from you in my inbox from last Jan. I hope you're doing well! I suck.), so it's fab to be able to look at everyone's blogs and see what's going on with very little effort on my part. And, you find out some interesting details also. For example - apparently Skylar was Ashley's first boyfriend. Who knew?? Never would've guessed.
Prepare yourself - today is Friday long blog day (say that 10 times fast and you get "blong". That sounds like a fun new word).
September has been a very exciting month in the Crapo household, especially since our typical biggest excitement in a given period of time is getting the mail. 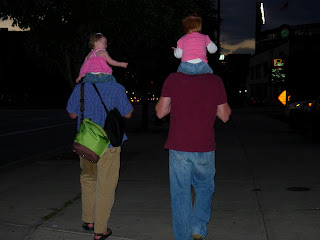 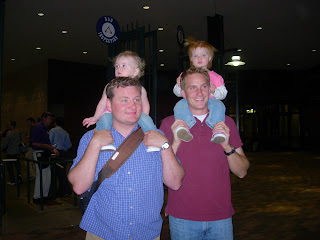 Discovered our deep and abiding love of Corn Pops 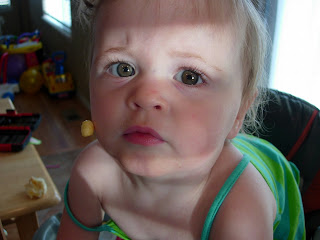 Went to Anderson's Farm for the Fall Festival. It was fabulous fun. Flippin fantastic. 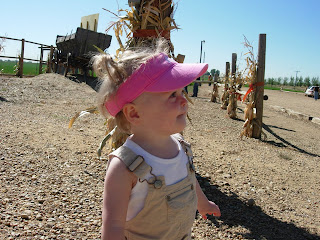 where Addy also discovered that she is obsessed with chickens. 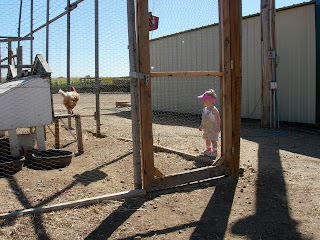 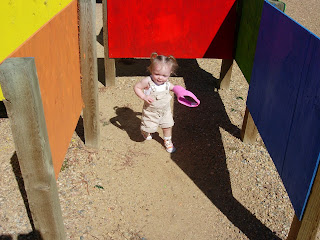 I'd also like to give a random but necessary shout out to goat's everywhere. I think I would like to own a goat. 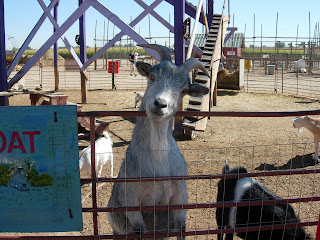 Also, have you ever seen a llama run? I swear there is nothing funnier. I didn't get a good picture of it, but as our wagon started to pull away, the llama's started chasing us and I was literally crying I was laughing so hard. 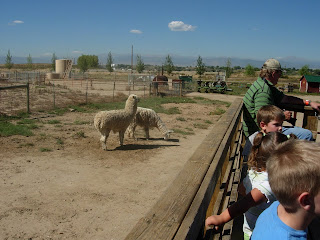 Out of self pity, I was going to leave off this pic, but look closer and you'll see how cute Addy looks throwing her pumpkin. *sigh*. I'm such a good mom - I'll even sacrifice my vanity/dignity for love of my child. 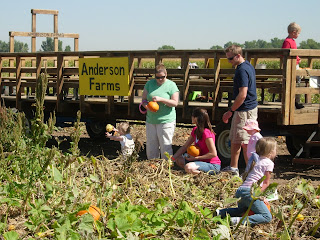 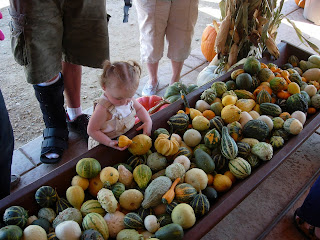 This water barrel train is very cute and looked like a good idea at the time. 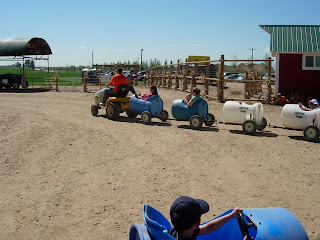 Seriously bad call. You could not pay me to do this again. My butt has never hurt so much in such a short period of time in my entire life. Look where Addy's nose is. But, it was pretty hilarious. 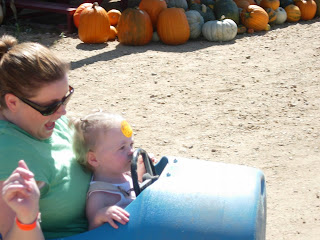 Kyla and Addy on the ride back to the cars. 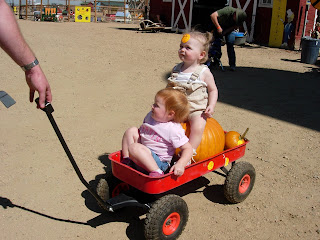 I just found your blog by visiting Carli's and wanted to say hi. I just loved reading your blog. You are super funny and make anyones' day brighter. I'll keep an eye for you. Check ours out every now and again too. http://jameyanderica.blogspot.com/

I love the pictures- yes that llama was hilarious! Can't wait to see Seattle pics!

Oh my goodness, Addy is sooooo big now! I can't believe it! And you all just look fabulous!
Miss you guys. Hope you are liking Colorado...