Funny ha-ha or Funny Sad? You be the judge.

Lately, it's been way too easy to get all in a dither and let myself get caught up in everyday stresses. I was thinking about this the other day and then it occurred to me how many HILARIOUS things happen to me on a daily (well usually) basis. Thank heavens there are things to laugh at. Here are a few that happened recently:

1. I was at a friends house (*cough* Diana), and her 18 mth old daughter honked me. HONKED. If you don't know what that means, does it help to know that she followed it up by saying "boob!"? I know Diana was a TINY bit embarassed, but it was beyond hysterical.

The culprit trying to look innocent: 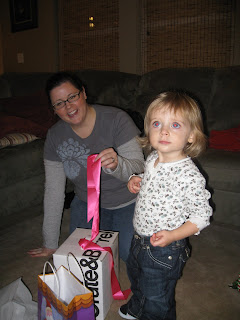 2. While getting her diaper changed the other day, Addy grabbed one of the wipes, wiped her little bum, and then....blew her nose with the same one (luckily it was a non-poopy one). Right concept, wrong application. Ahh my precocious little nugget.

3. I was feeling really proud of myself for how smoooothly my virtual garage sale on eBay went, until I learned that I had sent a pair of Banana Republic women's pants to the guy in Michigan who bought the book "Next", and his book to the woman in Florida who was expecting pants. They were both very confused, but luckily very gracious. Gads. I need a nap.

4. Ammon built a "SnowMom" in the backyard, at least 7 feet high, that had an extra set of , ummm....parts that a snowMAN usually doesn't have. It was especially funny when the neighbor's giant dog decided to come over and christen her "leg". 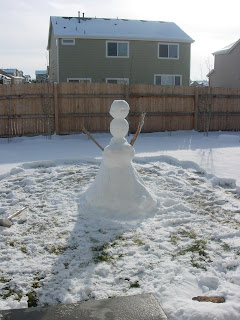 5. Ammon has become a Stay At Home Dad for now, which is not hilarious at first blush, until you see what Addy looks like by the end of each day (still in PJ's, hair all gummed up with something nasty, etc.). On this particular day, she decided that peanut butter is the new black and her bear needed an overhaul, especially around the eyes. 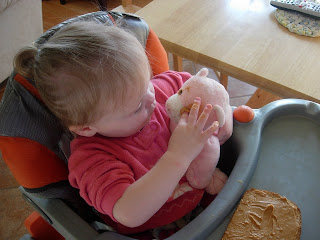 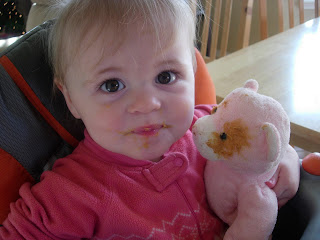 Just a few other random photos...
Adeline has also decided that boots are a must have for this season: 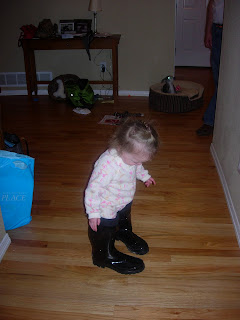 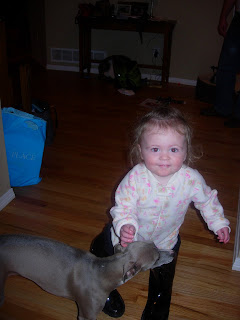 This is what happens in our house if you are bad - the hair cops come to town and make you look ridiculous: 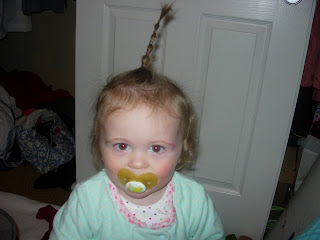 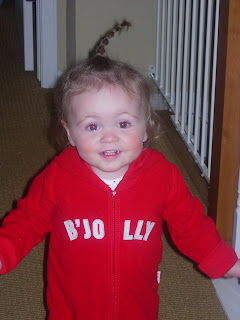 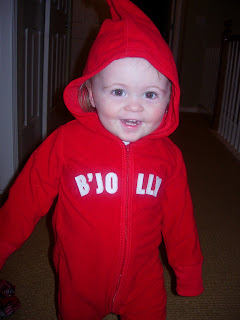 This is not funny ha ha, but it looked really cool - Ammon took this out our upstairs bathroom window. These things are beautiful, but they also look like death on a stick. 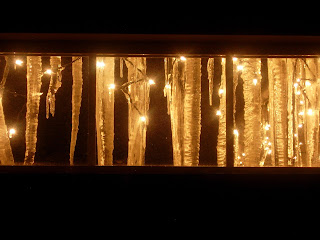 I swear we did NOT teach Maggie how to do that! We have no idea where she learned it either. "Boob" talk (and actions) are not the regular at our place.

I just loving reading about your life. You seem to have so much fun. I just wonder- does Addy usually have a major overhaul when mom gets home at night- especially when you have somewhere to go?